Karolina is 12 years old. She does not understand why she was brought for treatment at the centre for troubled teenagers. Her mother says that Karolina often laughs for no reason, rolls on the floor and does not want to learn.

When asked to draw her family, Karolina always starts with her brother and sister, then draws her mum and dad, but never draws herself.

Karolina tends to please and depend on others. At school, Karolina tried cutting her arms with a razor blade. She does not see anything harmful in that. She tried cutting her hands because several other classmates tried to do that.

Karolina created a story about an invisible boy who dreamt he was real.

Earlier the boy lived with his mother, but at that time he did not have any friends either and felt lonely. When his mother made him go outside, he did not know how to play with other children nor what to say to them. And the children did not pay any attention to him.

Then the boy would start acting strangely. Once he hugged a tree and started talking loudly to it. The children laughed at him and then turned away and again pretended they could not see him.

To help the boy, his mother gave him a bottle of syrup to drink. The mother may not have known what was going to happen, or, maybe, the syrup did not work right, and the boy became invisible.

He left the house and settled in the attic of the school.

This is where the boy lives now. He looks at the children playing in the schoolyard and feels sad. He would like to be visible. Today he will focus, run out into the schoolyard, and finally make the other children see him. 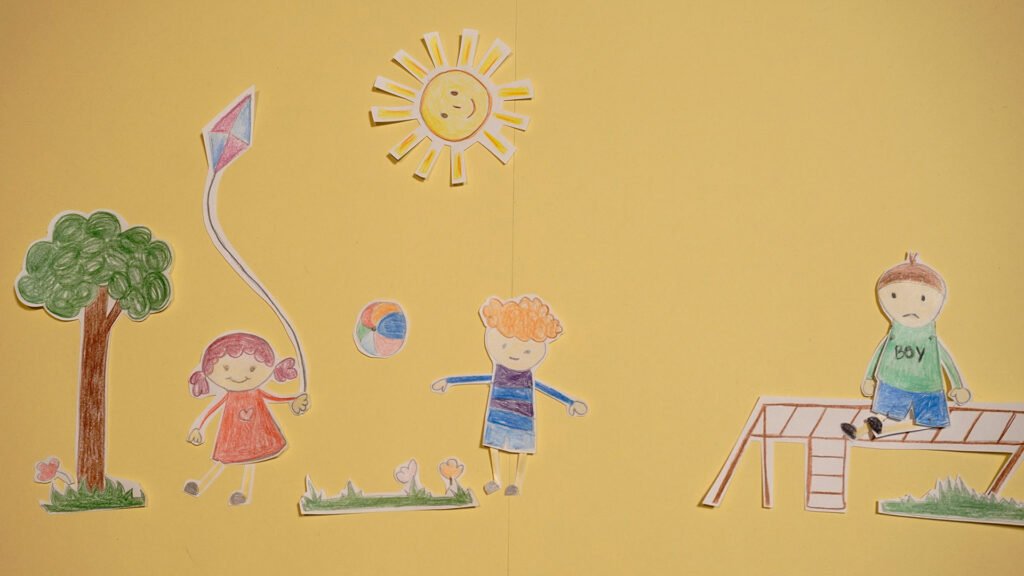