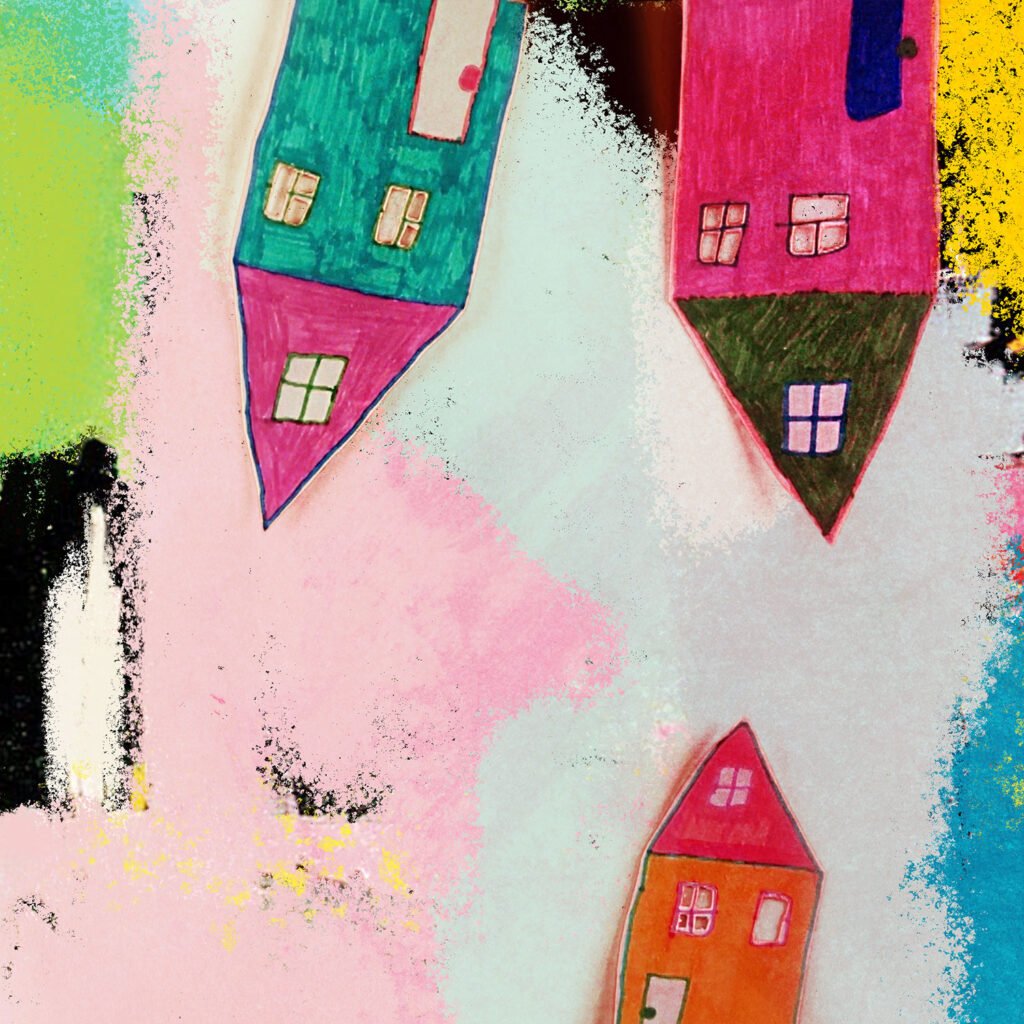 One of the first childhood memories of Meida, 15 years old, is that of her mother telling her to turn around. She turns around, then looks back for a moment and sees her daddy injecting her mom with drugs. Meida says that she feels no anger towards her mother, but admits to hating her father.

Meida has lived with a foster family since she was six years old. She calls her foster parents mum and dad, and their sons her brothers. Meida has a deep fear of being abandoned, seeks to please others, and represses emotions that others might not like. The repressed feelings are released as passive aggression. Since she was 12, Meida keeps leaving the house and disappearing for a few days. Her guardians search for her with the police.

Meida says she feels too controlled. At the moment Meida is stuck in a vicious circle: the more behavioural problems, the stricter the guardians, the more Meida is willing to break the agreements and feel independent.

Meida’s story is about a sheep that unexpectedly ends up in space. At the beginning, the sheep gets scared and closes its eyes. Having floating for a while in the darkness and silence, it finally hears its thoughts. And the thoughts keep whispering that there is nothing to be afraid of. Its dream has finally come true. The sheep has escaped from the people on the Earth who used to shear it all the time without even asking whether the sheep wanted to be shorn or not.

The sheep decides to move its other sheep friends to Space. It jumps on a passing meteorite and returns to the Earth. It quickly finds the friends and invites them to Space. Only then does it realise that it hasn’t thought about the way to get back there.

The sheep panics and closes its eyes. Having been in the darkness for some time the sheep calms down a little and begins to hear its thoughts again. And they are suggesting a way out. It turns out that it is worth listening to one‘s own thoughts more often. 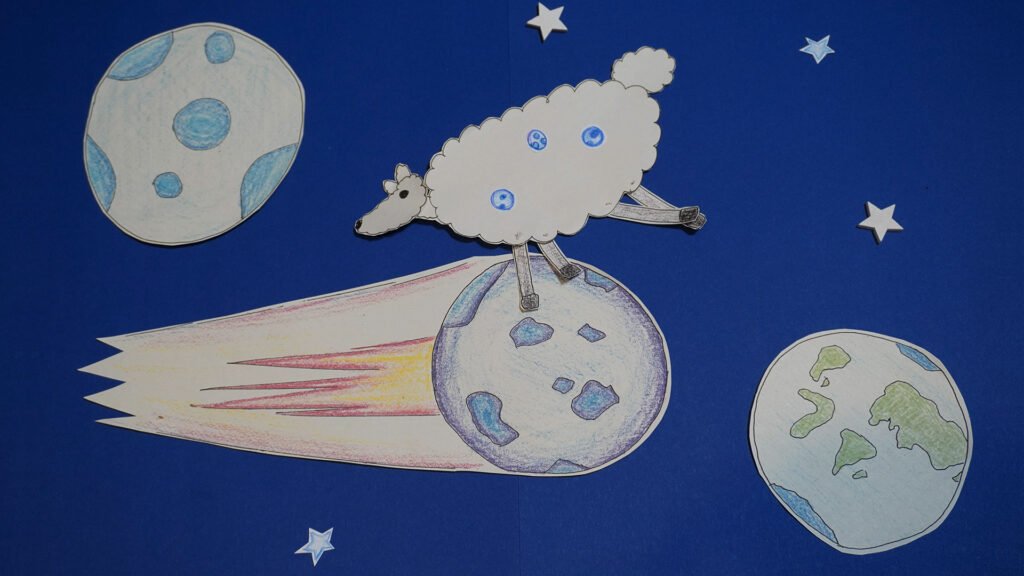